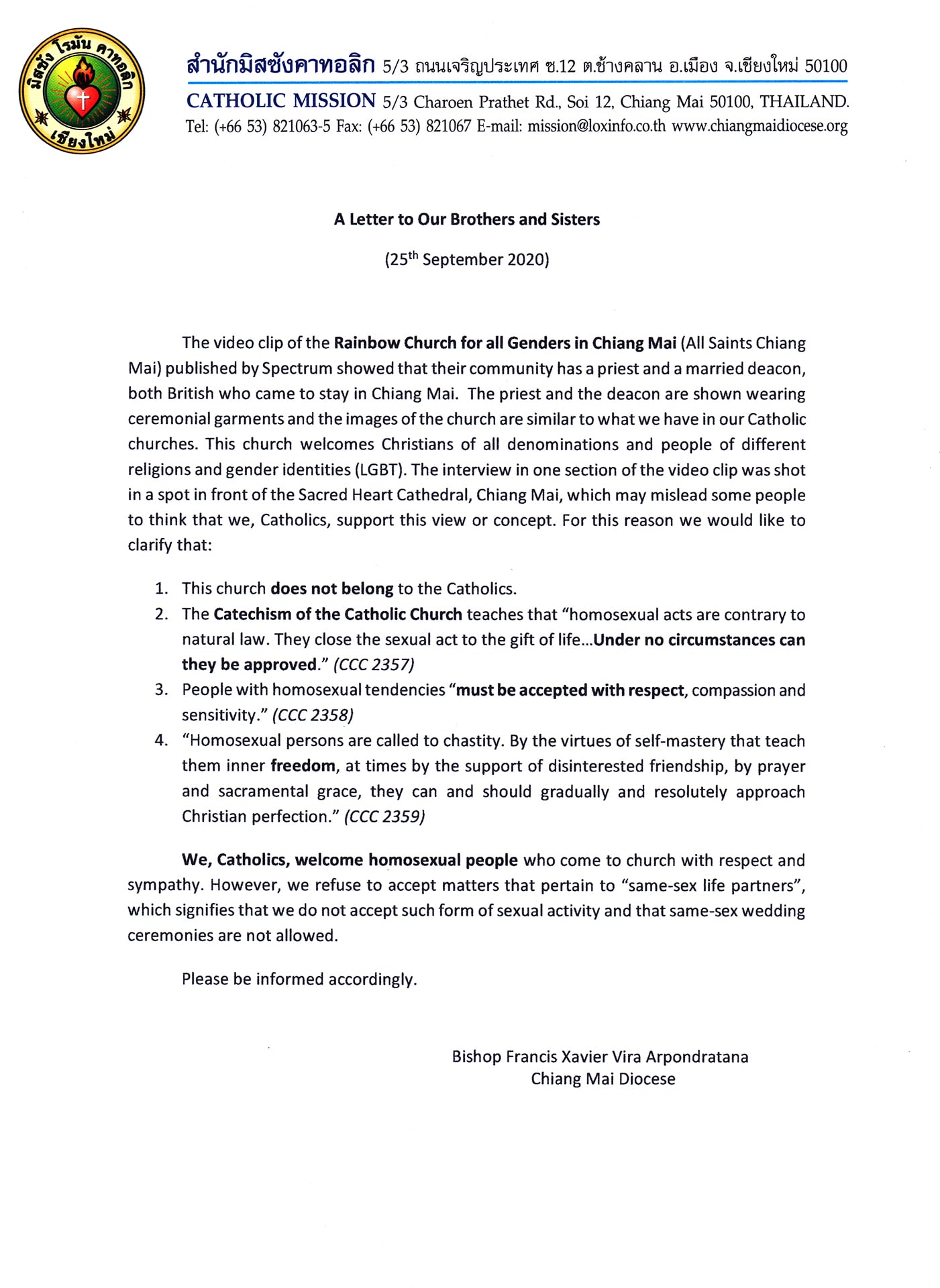 A Letter to Our Brothers and Sisters (25th September 2020)

The video clip of the Rainbow Church for all Genders in Chiang Mai (All Saints Chiang Mai) published by Spectrum showed that their community has a priest and a married deacon, both British who came to stay in Chiang Mai. The priest and the deacon are shown wearing ceremonial garments and the images of the church are similar to what we have in our Catholic churches. This church welcomes Christians of all denominations and people of different religions and gender identities (LGBT). The interview in one section of the video clip was shot in a spot in front of the Sacred Heart Cathedral, Chiang Mai, which may mislead some people to think that we, Catholics, support this view or concept. For this reason we would like to clarify that:

1. This church does not belong to the Catholics.
2. The Catechism of the Catholic Church teaches that “homosexual acts are contrary to natural law. They close the sexual act to the gift of life…Under no circumstances can they be approved.” (CCC 2357)
3. People with homosexual tendencies “must be accepted with respect, compassion and sensitivity.” (CCC 2358)
4. “Homosexual persons are called to chastity. By the virtues of self-mastery that teach them inner freedom, at times by the support of disinterested friendship, by prayer and sacramental grace, they can and should gradually and resolutely approach Christian perfection.” (CCC 2359)

We, Catholics, welcome homosexual people who come to church with respect and sympathy. However, we refuse to accept matters that pertain to “same-sex life partners”, which signifies that we do not accept such form of sexual activity and that same-sex wedding ceremonies are not allowed. 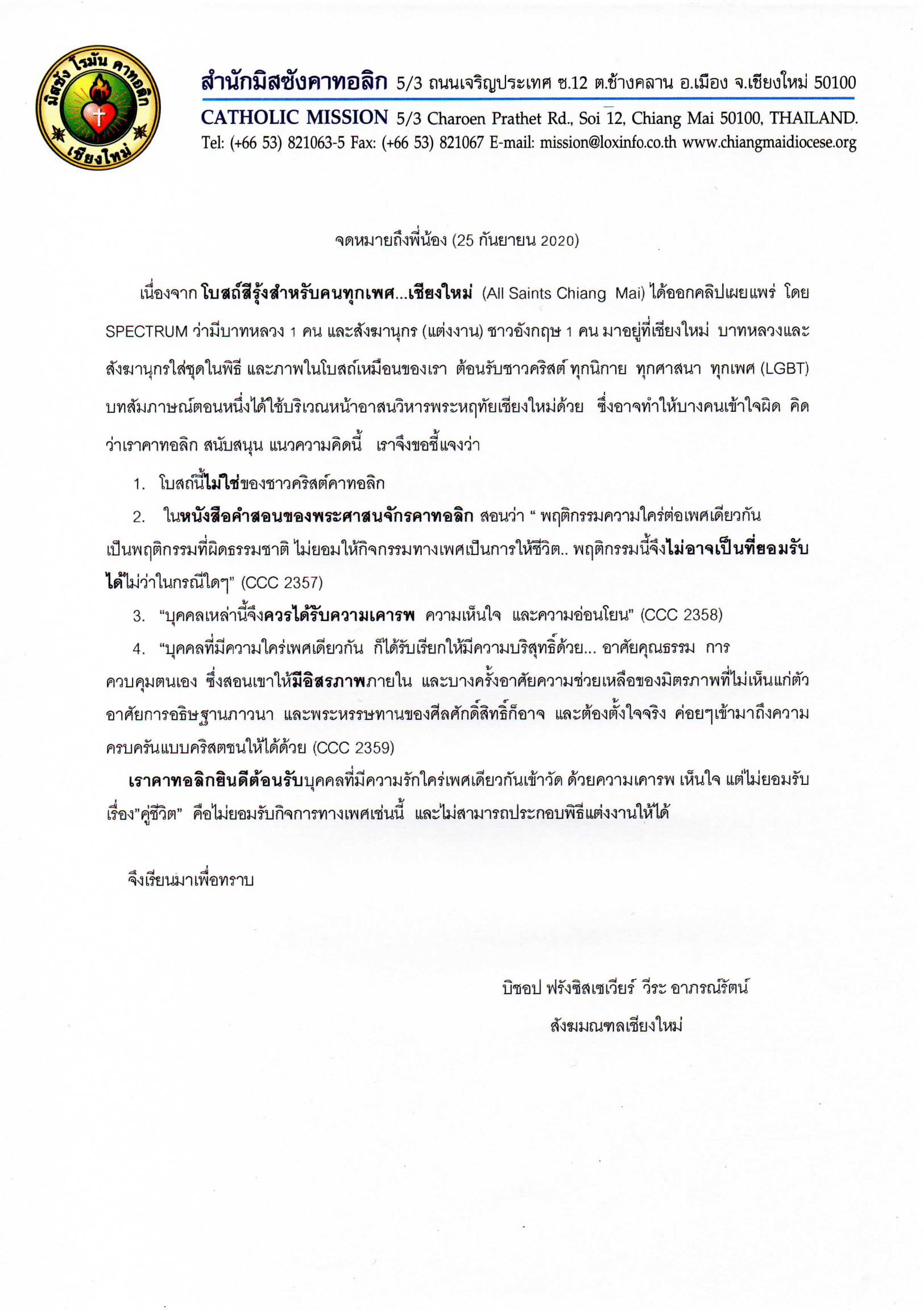 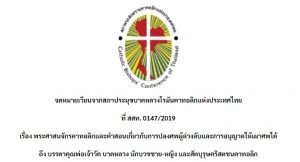 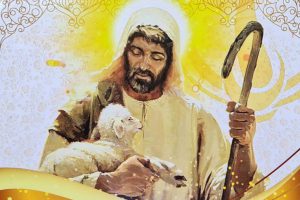